The Digital Cinema Package standard was created by a holding company called the Digital Cinema Initiative (DCI) which was a collaboration between the major studios and distributors in Hollywood. The original format they created was called “InterOp” and it works very similar to a DVD or BluRay (except for at much higher quality). It only allows for two frame-rates: 24fps and 48fps. Other “video” frame-rates like 23.98, 25 (PAL), or 29.97 are not supported. It also allows for different auxiliary tracks such as open captions / subtitles to be overlaid on-top of the picture, and alternate sound-tracks for different languages.

After the release of InterOp, a second standard was created by the Society of Motion Picture and Television Engineers called SMPTE. This newer format was meant to replace the older one and is named after the folks that created it. The technical structure of the package is slightly different than InterOp, but the main difference for film festivals, is that the format supports multiple frame rates including the popular “video” frame-rates. The main drawback is that because it’s a “newer” format, not all cinema equipment supports SMPTE DCPs. Hollywood was supposed to switch to this new format, but all of the Hollywood DCPs we’ve seen in theaters still use the older InterOp format because of the compatibility issue.

The killer feature of both flavors of DCP is the digital rights management system (DRM) they built into the format. This allowed Hollywood Studios even greater control over their content once it had been sent out into the world. It works like this: each theater’s playback server has a serial number (technically it’s called a certificate) that must be sent to the distributor so they can generate a “key delivery message” or KDM (we’ll refer to this as a “key”) specifically for that screen. The distributor / DCP author can build in a specific window of time that the theater is allowed to play the film. Once the window expires, the theater cannot play the film even though they still have a copy of the files.

The DCP format was only designed with one use case in mind: the distribution of commercial films from Hollywood to theaters around the world while protecting the Studios intellectual property from piracy. The film festival use case has different requirements and thus film festival professionals often find issues with using DCPs. 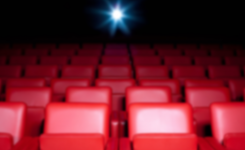